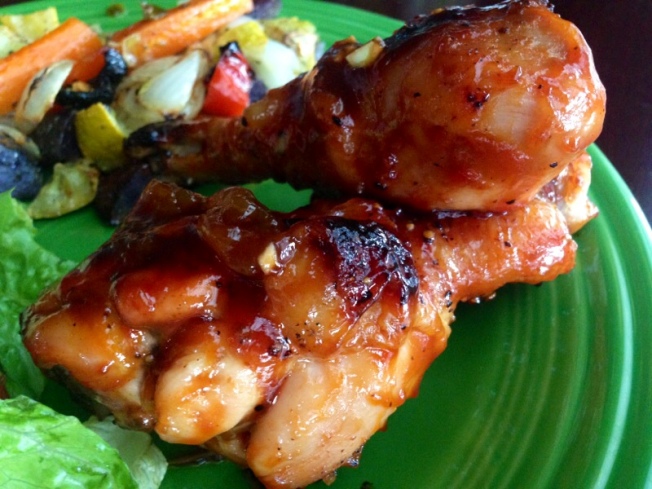 This is hands down the best BBQ chicken you will ever have! That’s right, I’m that confident in this BBQ chicken recipe and its deliciously sticky BBQ sauce. Mmmmm 🙂 While reading Ree Drummond (The Pioneer Woman)’s facebook page, I noticed she had put up a recipe for her BBQ chicken. She does hers with peach preserves and her favorite BBQ sauce (which happens to be one of my favorites as well), and I decided to change up the recipe a bit to make it my own. So essentially, it’s a mix of recipes. Let’s get started!

1. Whether you’re doing this on the grill or in your oven, you’ll need to spray a piece of foil with non-stick cooking spray to keep the chicken from sticking throughout this process. If you’re doing it in your oven, you can either spray a jelly roll pan with or without foil, or use a grilling rack. I used the grill for my chicken because the wind wasn’t trying to blow my house down that day, and it was nice to be outside. 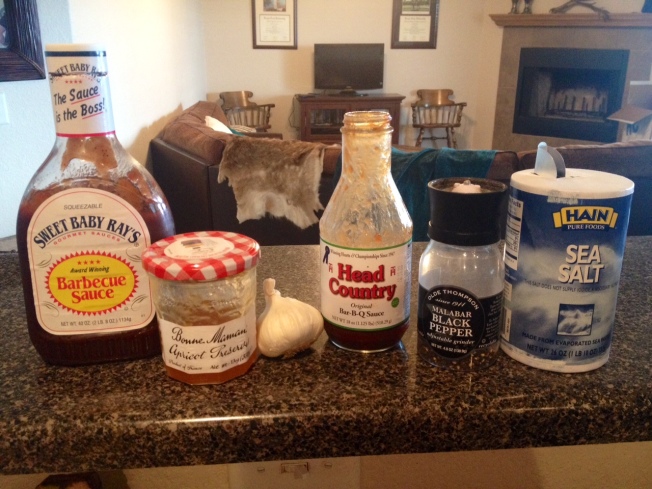 2. Salt and pepper both sides of whatever chicken you’re using. 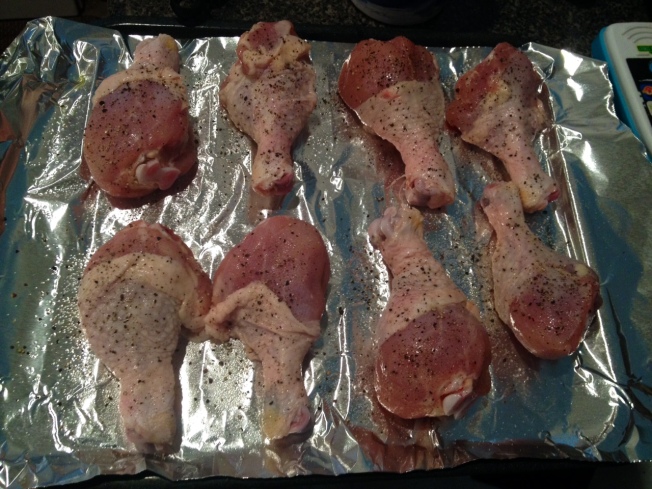 3. Combine both BBQ sauces, apricot preserves, and chopped garlic in a small sauce pot and place on the stove on low. Stir until combined, then you can turn off the heat once it’s all married up nicely. 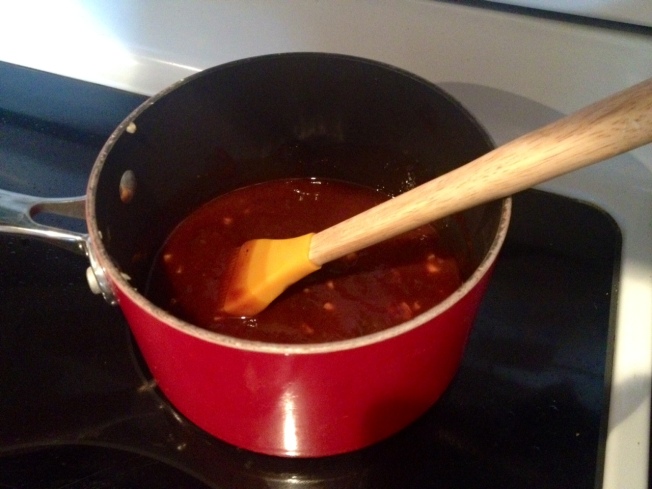 4. You’re going to cook your chicken on the grill/oven for about 20-25 minutes before you start basting it with the sauce. If you’re using your oven, the first 20-25 minutes the temperature should be around 350. Once your time is up, turn up the heat to about 400, or just crank up your grill and baste the first side of the chicken, flip over, then baste the other side. Then allow it to cook another 7-8 minutes before repeating the process. You’ll do this several times until you run out of sauce and your chicken is done. Make sure you’re closing the lid of grill after each basting and also make sure not to lose any of the skin during the flipping process. 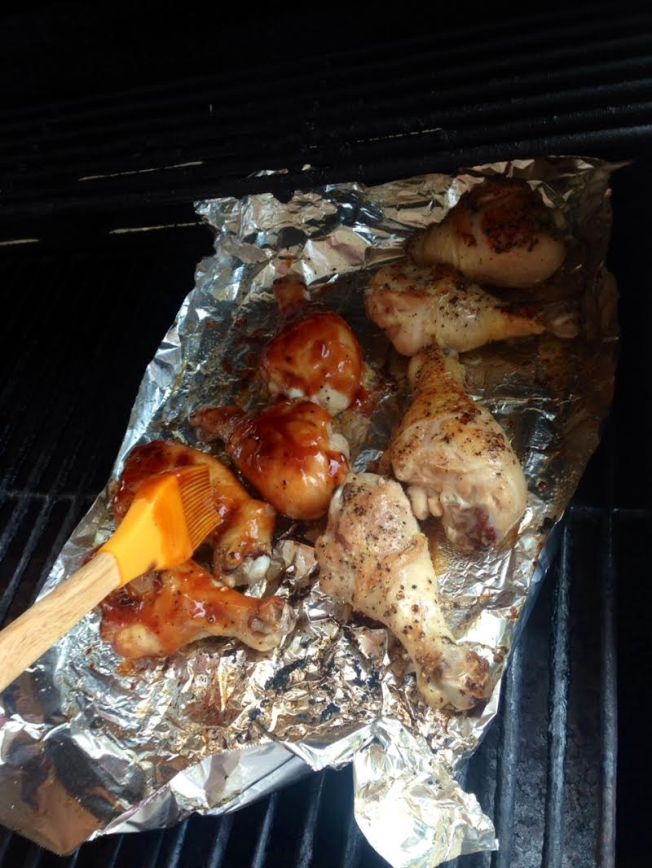 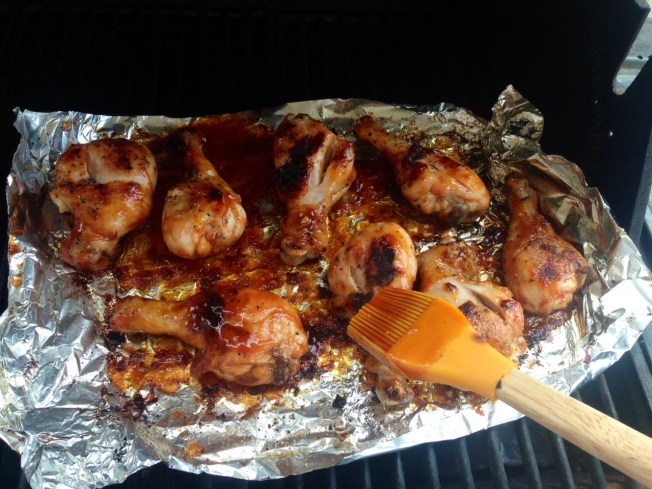 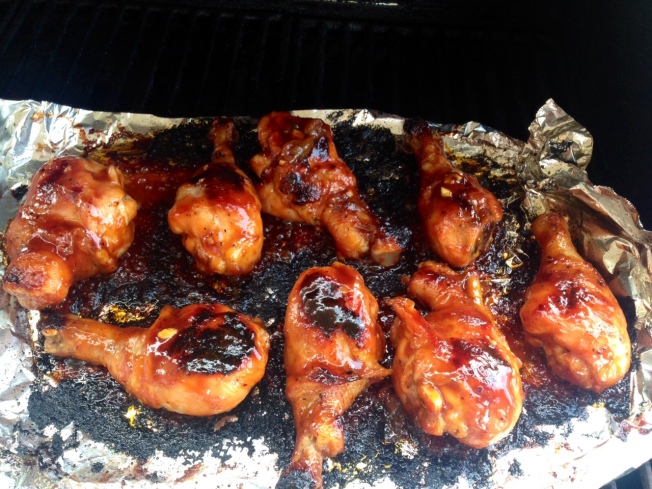