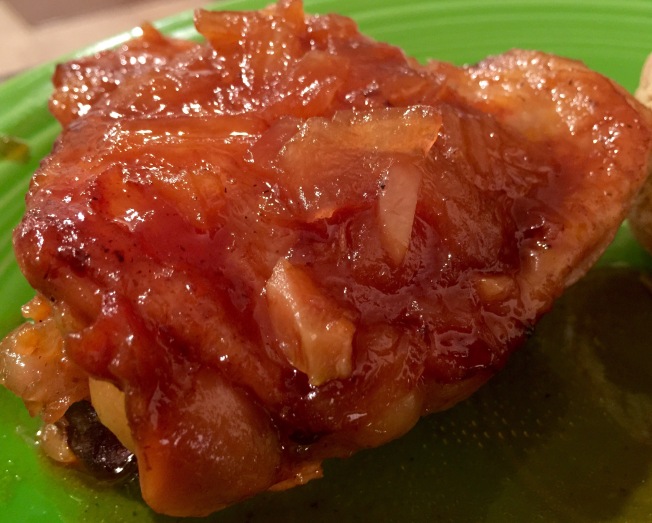 Do yall ever just feel so exhausted you feel like making dinner is equivalent to climbing Mt. Everest? That’s how I felt yesterday after doing 4,573 piles of laundry. I was actually buried alive there for a little bit and things got iffy, by I made it out ok. I was craving my other BBQ Chicken, but as I said before, I had no energy and no ability to baste my chicken because I knew my arms would fall off. So I did it this way instead, and it was just as delicious and very easy to do!

Ingredients:
3 lbs chicken thighs bone in skin on (the cheap chicken thigh pack)
2 garlic cloves chopped
1 sweet onion
1 c BBQ sauce (Head Country is the best)
6-8 oz apricot jam (Mine was an 8 oz jar I had eaten some out of already, but you get the drift 😄)
1/2 stick butter
Salt and pepper

1. Melt your butter in a heavy duty Dutch oven and once it’s hot, place your chicken skin side down to get a nice sear on it. Make sure to season it with salt and pepper. Flip it over after a few minutes and then set it aside. It’s far from cooked, but we just want to get the skin crispy for later. 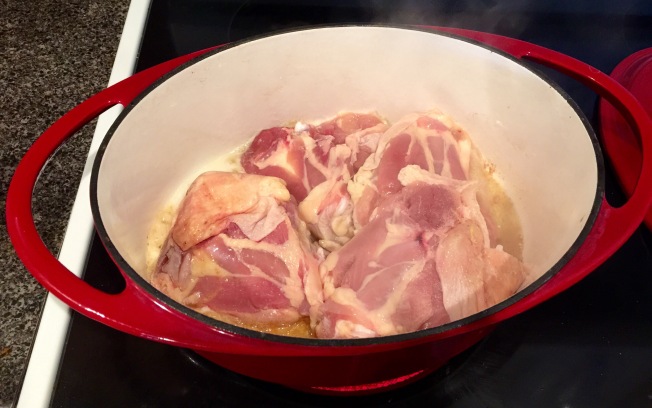 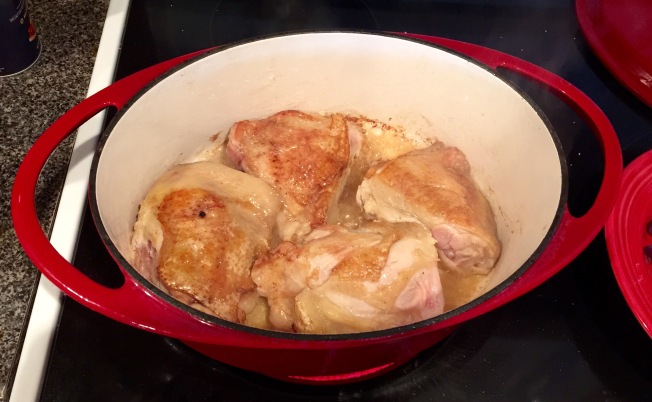 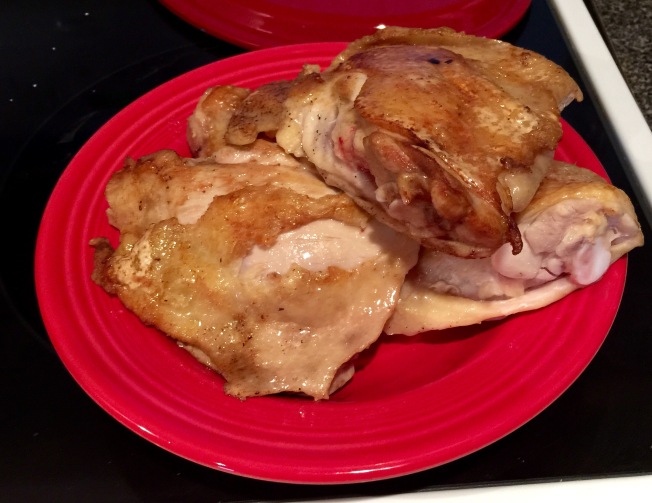 2. Now toss in your onion and turn the heat down a bit if you need to. Again, season it with salt and pepper and cook it 15-20 minutes or until they’re golden and cooked through. Toss your garlic in there during the last five minutes. 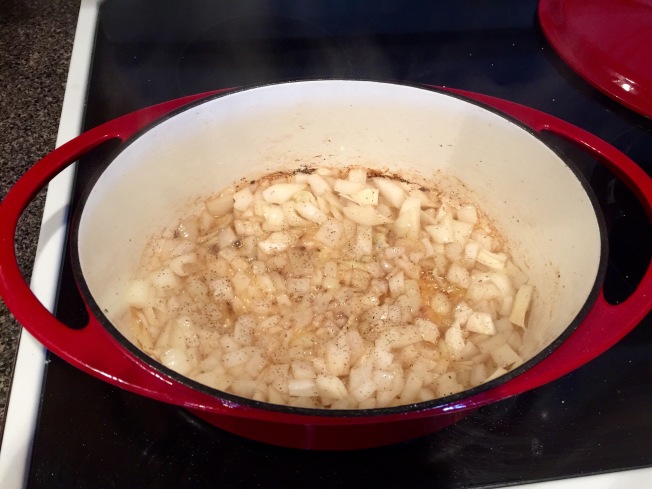 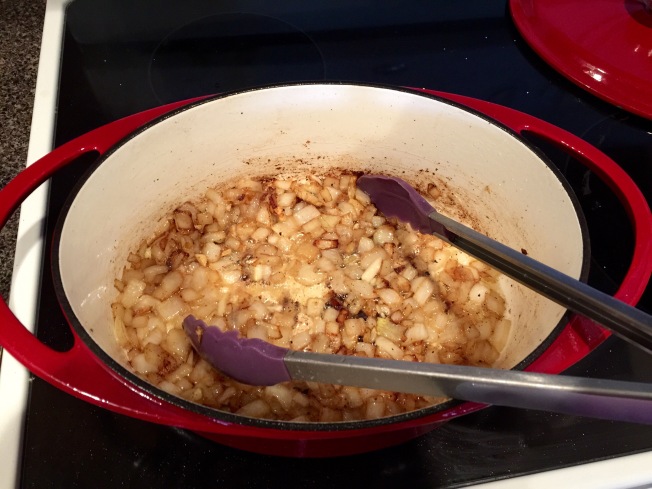 3. After that’s all cooked, add your cup of BBQ sauce and apricot jam into it and stir all together. Turn off the heat. 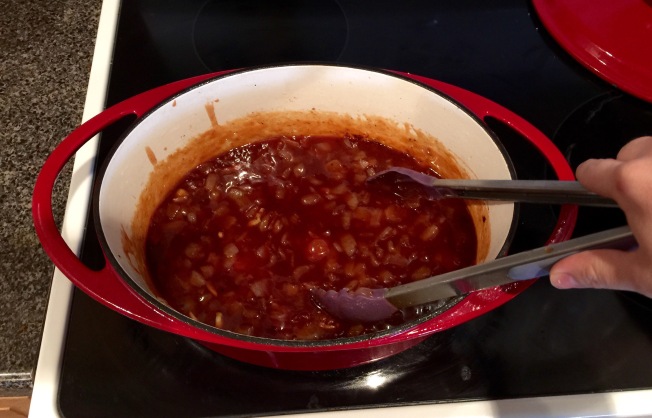 4. Now lay your chicken in there with the skin side up, put the lid on it, and set in your oven at 325 for one hour. 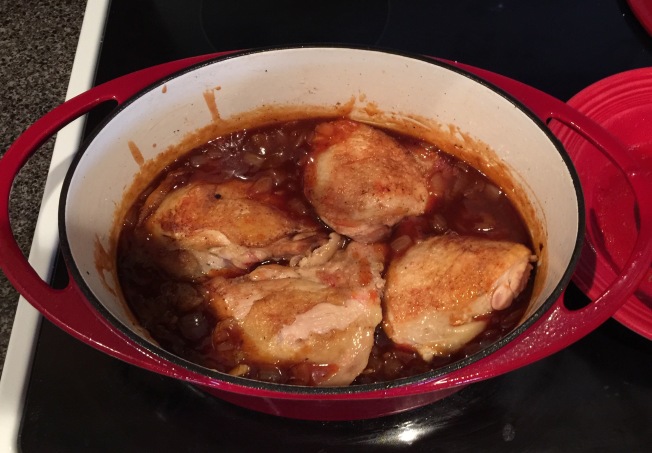 5. Now it’s done! If you don’t have a Dutch oven, but you do have a slow cooker, you could do all the cooking on your stovetop in a skillet (preferably cast iron) and dump it into your slow cooker on high for 4 hours or low for 8. We had ours with baked potatoes and it was perfection! 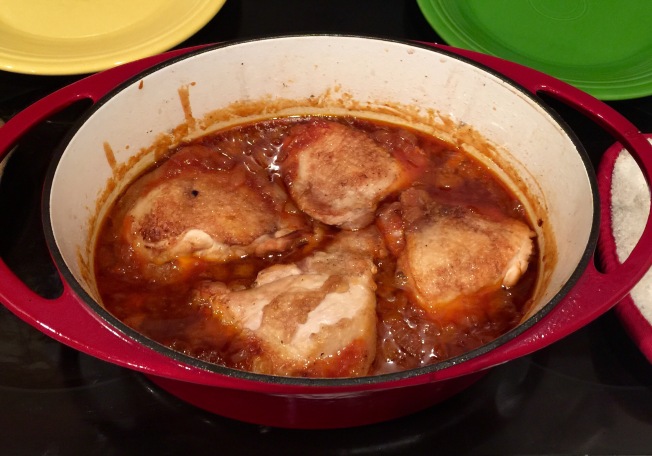